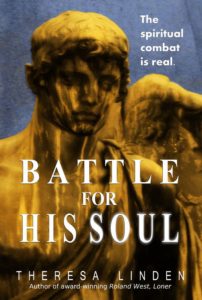 Battle for his Soul is the third book in the West brother’s series. This book focuses more on Jarret West – the brother who has spent his life bullying his younger brother Roland, controlling his twin brother Keefe, and engaging in many dangerous and self-destructive behaviors.

This novel has a very interesting twist that the other two books in the series do not. Not only do we see the story from several different character’s perspectives but we also get to see this story unfold from a spiritual realm. We actually experience the fight between angels and demons that surrounds not only Jarret and his decisions but all the characters. It’s a fascinating concept to think about what could be happening around us as we go about our lives.

Though this book is about a teen boy it would be great for all teens – there are plenty of female characters and an intriguing story that illustrates the struggles and temptations teens face and how they can protect themselves from those temptations. One thing I love about Linden’s books is the interesting Catholic topics she includes and this novel is no different with the idea of being called to a religious vocation. What a wonderful end to the West boys trilogy.

YA Christian teen fiction. Jarret West, a rich teenage boy, has been accustomed to having control over others and getting his way. When his life begins to fall apart, his guardian angel Ellechial hopes now is the time for his conversion. Jarret must be freed from the deep clutches of Deth-kye, the demon bent on seeing him in hell. The fate of several others depends upon Jarret’s conversion.

While Jarret gets ensnared in Deth-kye’s traps, Ellechial can provide little help since Jarret doesn’t pray, doesn’t believe, and hasn’t listened to him in years. Ellechial hopes Jarret’s twin brother, who has recently found God, will be able to influence him. But Jarret goes on vacation with his father and younger brother where temptations only increase. Meanwhile, Jarret’s twin and other teens form a prayer group and begin to pray before the Blessed Sacrament unaware of the power they provide the angels. Though Ellechial gains strength, Deth-kye wins victory after victory. His weapons: emotion, vice, and memories. Who will win the battle for Jarret’s soul? 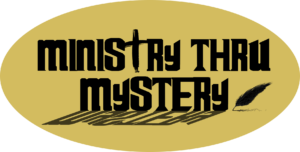