I’m excited about this special edition of my newsletter because it is stop #2 on the blog tour for the new anthology that I am blessed to be a part of. In case you missed the news Secrets: Visible and Invisible is now on sale! 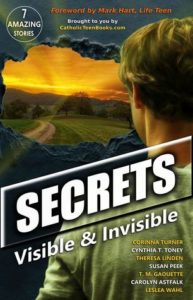 You can order your copy now on Amazon!

There are two ways to enter for a chance to win a copy!

Yesterday was the release day of this special collection of short stories. Months ago, when the idea for a CatholicTeenBooks anthology was brought up, I knew just what I wanted to write. I had a special story in mind to introduce new readers to my already published books. I don’t know about anyone else, but I’m always curious about where authors get their inspirations. So – here are the creative sparks behind the seven stories in this collection. 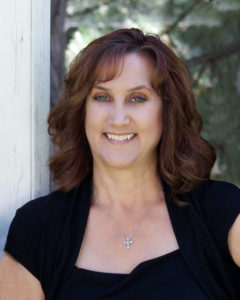 When I was writing my second YA novel, An Unexpected Role, my husband gave me the idea of creating some kind of connection between my two books. I liked this idea and decided that some of the characters would be related. It didn’t take long to figure out who they would be. There is a brief mention in The Perfect Blindside about a cousin who convinces a character to try skateboarding. Unfortunately, the incident ends in disaster. I knew this little memory would be a perfect fit with one of my An Unexpected Role characters. I had no idea if I would someday write a full-length novel combining these characters, a short story, or if this idea would ever come to fruition. However, when the idea for the anthology began I decided it was finally time for their joint adventure. It was so much fun combining these stories and I now have two more short stories in mind for this group of characters, one of which I hope to have available later this year. 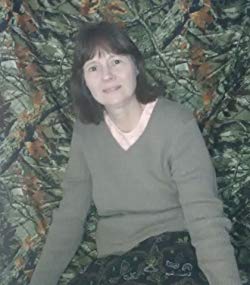 How “On the Brink of Hell” came about:

As a novelist, one of my favorite things to do is experiment with characters’ POVs (which is the term authors use for Point of View = writing everything in a scene through one particular character’s eyes). When my first novel was accepted for publication, way back in the Dark Ages of the 1990’s, POV wasn’t as important to readers, and therefore not to writers, as it is now. (In fact, even the world- famous Lois Duncan head-hopped all over the place in her books for teens). But thankfully, by the time I wrote my second novel, I’d discovered the technique, and it’s become, since then, one of the challenges about writing that I love!

The idea for my short story “On the Brink of Hell” came when I was skimming through that first stone-age novel of mine (I’m purposely not telling which book it is) and it struck me that the “villain” must have had reasons for acting the way he did in my story. After all, no one sees himself as the bad guy in real life! I got to thinking what those scenes might look like if he had been the book’s hero.

Instantly my perception of the guy changed, and I realized that if he was the protagonist, and events were told from his POV, then my book’s real hero would, naturally, become the new bad guy. I was immediately excited to try it out and see what would transpire.

I not only had a blast writing the reversal, but in the end, I realized that “On the Brink of Hell” might actually make my original novel more powerful. I hope this is the case. At any rate, I will leave it to my readers to discover for themselves which old novel of mine this short story is drawn from! 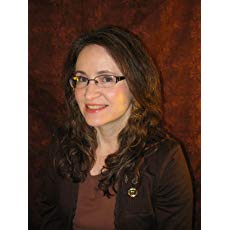 I wrote “The Portrait of the Fire Starters” to introduce the characters in the West Brothers series through a bit of a mystery. As Caitlyn, Peter, Roland, and other members of the Fire Starters, the Catholic youth group, try to solve a mystery, they dig deep inside with self-evaluation. Readers get to know each of them and maybe even look deeper inside themselves in the process. Our faith calls us to re-examine our lives and the daily choices we make. It’s easy to focus on the things we want to do and even things we must do, but we can still overlook important things. Fortunately, God is always working on us, refining us, if we let him. He wants us to become great saints. When we are open to change, open to His will, he provides opportunities for us to grow in holiness. 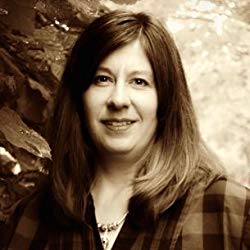 I knew that I wanted my short story to include the characters from the novel Rightfully Ours. In the novel, there is a throwaway line about something Sean had done to make his and Paul’s dad angry. I built the story around that line: “ . . . the time Sean had taken Dad’s truck for a joy ride without permission – or a license.” What exactly had Sean done? And why would he have done it? We know Sean was good-looking enough to attract girls’ attention. Did it have to do with a girl? Had it been a secret? That’s where the story started, years before Rightfully Ours takes place. 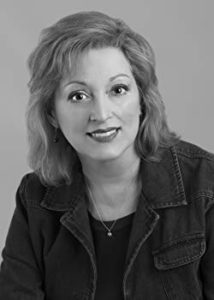 Characters that are diverse in color, culture, and physical abilities live in Cynthia Toney’s novels and in her first published short story, “Recreation,” part of the Secrets anthology. Elijah and his friend Darrell were inspired by teens of African and Vietnamese descent that grew up in Louisiana while the author lived there. Readers unfamiliar with the southern U.S. states may not be aware that the neighborhoods, towns, and cities are quite a mix of interesting cultures, more so than some other areas of the country with which she’s become acquainted. In addition to teens of those origins, readers of Toney’s fiction will find Italian immigrants, Latino characters, deaf teens, and—coming soon—Jewish teens. 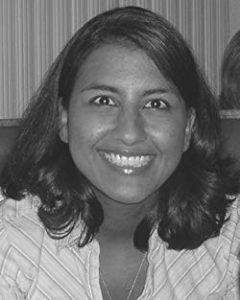 While Jason and Francesca are not characters in any of my books, I wanted to write a story that encompassed the elements that I try to incorporate in all my novels. Firstly, I introduce characters who are opposite in their virtue and faith spectrum, and allow them each an opportunity to influence the other. Who wins out? Well, even a tiny light can reveal truth in the depths of darkness, and that is such a beautiful thing to witness. Surprise is the other element I include in my stories, and with a theme like, “secrets,” this made the story more fun to write. The final and most important element is a character with a deep, inspiring devotion for God’s truth; devotion that swallows up doubt, making even the coolest vice in an ungodly world look foolish. These are the elements that you find in my Faith & Kung Fu series, through characters like Gabriel, Tanner, and Christian. Through Benedict in The Destiny of Sunshine Ranch, and through Jason and Francesca in my short story, “Sister Francesca.” The first line in and of itself hints all three elements: “My name’s Francesca. I’m going to be a nun, so don’t fall in love with me.” I pray you enjoy it and are inspired by it. God bless. 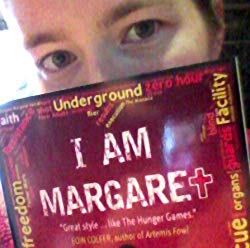 When I first sat down to write a short story on the theme of ‘Secrets’ the Holy Spirit provided me with a thrilling and moving tale about two boys on the run from an evil superpower, both with secrets, both learning to trust, and give, and choose. ‘K’ and Joe both had secrets, they had secrets in their pasts, in their lives – the story was bursting with the theme.

Alas, the tale was also simply too big to fit in a short story. The first draft came in at twice the required length, the final draft, published under the title ‘Brothers’, almost three times. Delighted as I was with my unexpected, unplanned little novella, I had to go back to the drawing board.

This time I (with the agreement of the Holy Spirit) decided to provide the reader a look into Margo’s and Bane’s past, and tell the full tale of their closest ever shave (prior to ‘I Am Margaret’, anyway!). The story is an exciting and action-packed glimpse at their friendship, age fourteen. And yes, they already each have a secret that they are keeping from the other – though Margo seems to be keeping hers better than Bane his! Read ‘The Unexpected Virtues of Rusty Old Bicycles’ to find out what their secrets are and how their innocent picnic turns so deadly (oh, and what on earth the title is all about!).

We hope you enjoy Secrets: Visible & Invisible as much as we enjoyed writing it!

Please visit CatholicTeenBooks.com for more information about these authors and the other 6 amazingly talented authors you will find there.